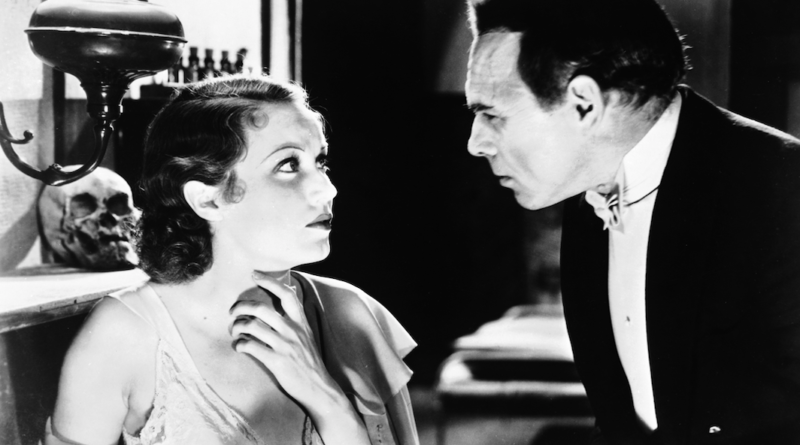 Photo: Doctor X, directed by Michael Curtiz, will be featured at the 2021 TCM Classic Film Festival. Photo courtesy of TCM / Provided with permission.

Film biographer Alan K. Rode feels he knows director Michael Curtiz so well that he can call him Mike. That seems entirely appropriate because, after all, Rode wrote the book on Curtiz, a filmmaker best known for Casablanca, Yankee Doodle Dandy, Mildred Pierce and White Christmas. Rode’s book, Michael Curtiz: A Life in Film, looks at the remarkable career of this mid-century auteur, and one interesting aspect of the director’s work that is largely unknown is that in the 1930s, Curtiz was actually an in-demand horror filmmaker.

The TCM Classic Film Festival concurs with Rode’s assertions about Curtiz’s life and legacy, and that’s why one of these rare horror movies will play at this year’s virtual event, set for May 6-9, on both TCM and HBO Max. The wonderfully named Doctor X, a Curtiz film from 1932, will play early Friday, May 7 at 1:30 a.m. Accompanying the movie, which stars Lee Tracy, Lionel Atwill and Fay Wray, is a short documentary called The Horror Films of Michael Curtiz.

“I wrote the book on him, which is now out in paperback,” Rode said in a recent phone interview. “I’m really pleased that UCLA Film and Television Archive restored Doctor X as they did Mystery at the Wax Museum, and I was able to contribute commentaries and special features. And I’m really glad that TCM is showing the restored Doctor X on opening night.”

Rode said when film fans look at Curtiz’s extensive résumé, the horror features don’t immediately jump off the page. He’s a director better known for later classics, like Casablanca and The Adventures of Robin Hood.

“People forget in the early 1930s he made three horror films — Doctor X, Mystery at the Wax Museum and The Walking Dead with Boris Karloff — so I think Curtiz is not known or even thought of as a horror film director,” Rode said. “But when you look at these films, starting with Doctor X, I think that he and the people who worked on the film with him … made so much of this up that these films really became the template or as I put it, the Rosetta Stone, for much of the horror films that followed.”

The plot of Doctor X is somewhat shocking given that this is a movie from the 1930s. Tracy plays a New York City reporter investigating a series of grisly cannibalistic murders, according to press notes. Police eventually follow the trail of blood to Doctor Xavier (Atwill), something of a mad scientist operating out of a lab on Long Island. Helping in the lab is Xavier’s daughter (Wray).

“Of course this was pre-code, so they could do a lot of things that by mid-1934 you couldn’t put on screen anymore,” Rode said. “You’re dealing with a serial killer. You’re dealing with cannibalism, which became a forbidden subject for the movies for the next 30 years. You have characters in these films that are drug addicts, openly referred to as a junkie. … When you look at Doctor X, the lab jacket spattered with blood, a human heart in a beaker, the horrific makeup, the murdering and cannibalism, all of that was really taking horror movies to frigid depths that hadn’t been seen on screen up until that time.”

Rode counts himself as a fan of the cast members in Doctor X. He has always been an admirer of Atwill’s film work. He described the actor as a real bon vivant, and Doctor X came early in his career. Rather than playing to the audience as a typical mad scientist, Atwill presents a more ambiguous character with panache and style.

“I mean, when you watch him just in a scene where he’s examining a body with the police, and he’s talking,” Rode said. “He washes his hands and dries his hands carefully as a doctor or a surgeon would. He brings such style to it.”

Wray, a classic performer known for The Most Dangerous Game and King Kong, was apparently concerned about being typecast in horror films and was somewhat resistant to working with Curtiz. However, it was also the Great Depression, and she was convinced by her husband at the time to take whatever she could get.

“She did not care very much for Curtiz,” Rode said. “She compared his personality to the camera as military like, implacable, and she told a story about the scene in Doctor X where they went down to Laguna Beach. And they filmed Fay Wray and Lee Tracy on the beach, and then John Wray is staring at them. It’s kind of a red herring shot, and they were there for the day. Curtiz was pacing up and down the sand during lunch when everyone was eating their boxed lunch, saying, ‘Why are they eating? We’re wasting time. I need to make a movie. Why are we doing this?’ So she didn’t much like him, didn’t much like the film, but she was a great actress, very professional. And Doctor X features her first scream.”

The TCM Classic Film Festival runs May 6-9, and Doctor X will run Friday, May 7 at 1:30 a.m. on TCM. Click here for more information.