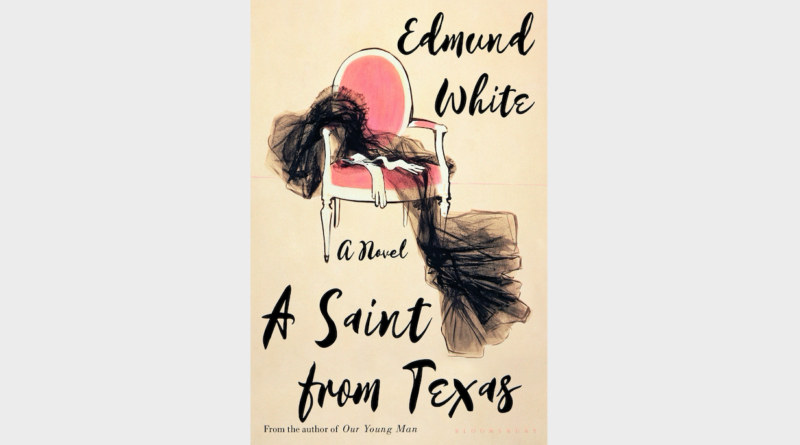 Edmund White’s A Saint From Texas, his latest book, features a story of identical twins growing up in Texas and then branching off for disparate lives. Yvette and Yvonne, because their father struck oil, grew up wealthy and privileged, but sorrow and pain resided side by side with their material comfort. Their house was one of abuse, their mother died young, and they were forced into traditional, sometimes suffocating roles as young women.

If readers of White’s book believe they can predict the trajectory of the twins’ lives, they are wrong. The author quickly takes them away from Texas (though is it possible to ever leave Texas?), with Yvonne heading to Paris for a study-abroad experience during her college years, and Yvette heading to Jericó, Colombia, to become a nun at a convent.

The book becomes as much about Paris and Jericó as it does about Texas, and White showcases a sisterly love that expands across the decades and across the globe. Most of the book is told from Yvonne’s point of view, with stories of her marriage to Adhéaume, a titled gentleman in search of a fortune, and her parenting of two beloved children, Ghislaine and Foulques. At first, Yvonne is all too happy to build this family and share her Texas fortune, but eventually Adhéaume turns as toxic as her father, and she searches for ways to escape the marriage.

On the other side of the world, Yvette has taken to the convent life. Readers learn of her religiosity through letters that she sends her sister in Paris. At first, she is taken by Bishop Oscar, who heads the Roman Catholic community in Jericó. There’s a fondness for the man of God, almost bordering on attraction. However, Yvette, who has renounced much in her life, holds back her thoughts and feelings, and eventually falls in love with a fellow nun, Mercedes or Mercy.

White’s words lead the reader to believe that both Yvonne and Yvette are not living their true lives. They are both attracted to women, and their current situations — marriage and the convent — restrict their ability to be free. They both turn to other pursuits to bide their time, with Yvonne taking in an expanding circle of friends and the fashion scene of Paris, while Yvette remains pious and prayerful, marrying herself to Christ.

The novel is a rich tapestry of two lives lived over the course of several decades in the 20th century. Yvonne receives more characterization by virtue of her narrator role, so occasionally Yvette feels underwritten and remains a mystery until the end. There are references to the outside world — certainly when it comes to Texas debuts, couture fashion and even a run-in with Jacqueline Bouvier, but White also doesn’t dwell on the surroundings too much. At times, Yvonne’s life in Paris feels centuries old, especially in light of the restrictions of her marriage, the difficulties of divorce for a woman, the talk of titled families and nobility, and the renovation of a family castle. A Saint From Texas can feel like an even more historic period piece than it is, and that feeling of not being in the 20th century speaks to the long history of discrimination and misogyny faced by women throughout the ages.

A Saint From Texas is a thoughtful portrait of two women tied together by genetics but pulled apart by circumstances and desire. They are twins with an innate connection, a bond that somehow pulls them together, even though the world they live in is constantly pulling them apart.