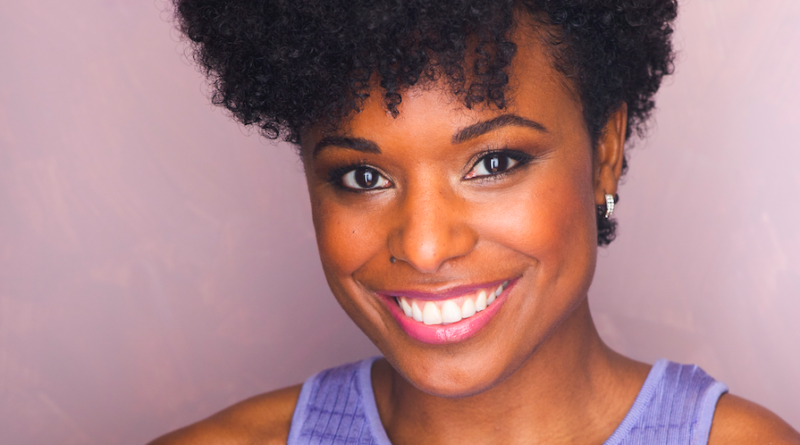 Photo: Kaliswa Brewster appears in Molière in the Park’s virtual production of Tartuffe. Photo courtesy of the actor / Provided by DARR Publicity with permission.

Molière in the Park, a treasured theatrical company in New York City, has found success with its virtual programing this summer. So much so that they have extended their acclaimed production of Tartuffe until today, July 12. Audience members, tuning in from the comforts of their home, can watch the performance on the company’s YouTube page.

The play follows the two characters of Tartuffe and Orgon, who are on a collision course over power, religiosity and lies. The production is co-presented by the French Institute Alliance Française (FIAF) in partnership with the Prospect Park Alliance and LeFrak Center at Lakeside, according to press notes.

Recently Hollywood Soapbox exchanged emails with Brewster, who is known for Billions on Showtime and Intelligence at the New York Theatre Workshop. Questions and answers have been slightly edited for style.

How different is acting in a virtual production as compared to an in-person production? What were some of the unique challenges?

The Molière in the Park team has had lots of conversation around this, having done two of these shows now, and we sort of circle around the same things … at first. On the one hand, acting is acting no matter the medium. You still have to really learn your character and what makes them tick, but performing online is a whole new world. There are a couple of challenges — of course, it is harder to ‘feel’ the energy of your castmates through the computer, and there’s the lack of the element of touch and spatial relationship, which is huge is storytelling as an actor. But then there’s also this thing that we learned about what plays well to the audience — it actually helps the audience to feel more connected when we look directly into the camera as opposed to looking at one another in Zoom. So while we were actively listening, and that informed our performance, we weren’t able to actually see one another fully.

How would you describe your character of Marianne? How did you approach the role?

I love Marianne! I think she represents a lot of people who are just ‘waking up’ to the world. Marianne comes from a good family. She’s a bit spoiled, but not a bad person. She always does the ‘right thing.’ She’s a daddy’s girl, and she expects that these things will lead to her having a good and predictable life. I think that her father’s infatuation with Tartuffe and his declaration that she must marry him is really the first injustice that she has experienced in life. She’s never had to speak up because things always went her way. To me the play is really a journey of finding her voice, speaking up and standing up to her father. I love that so much!

We didn’t have an extended rehearsal period for this (we had a week as opposed to three or four), so my first insights into Marianne came from simply looking at the text. She is in a lot of scenes where she doesn’t speak at all, but she is present for the whole scene. The question became — why isn’t she talking, and what are the conditions under which she feels comfortable speaking (in private with Dorine vs. in front of her father)?

Lucie challenged me to lean into the stronger elements of her personality — she really can be demanding and uncompromising, especially with Dorine and Valere. Tracking when and why she feels like she has agency is really fun and fascinating.

What was the rehearsal process like? Did you feel that connection with your fellow ensemble members?

We rehearsed more in small groups than normal because of the nature of Zoom, but I have worked with most of the actors (and MIP) before. Because we are really creating something new with this whole Zoom theater thing, everyone really leaned in with generosity and curiosity. In a lot of ways that felt like theater-making at its best. We were all collectively trying to make this thing work.

Any idea when theater and TV/film will get back to normal? Will there ever be normal again?

Oh gosh, I don’t really know. I don’t think it will ever go back to the way it was. I think I will mourn the freedom that we had to gather massive amounts of people, but I also think that it’s exciting how much reach we have now. Last I checked over 25,000 people watched Tartuffe from around the world. We would never had connected with so many viewers if this was ‘normal times.’

I hope that we can get back into theaters and on to sets safely soon, but I wonder about how these many months of art-making online will expand what our idea of theater is. Maybe there will always be an online option now, even for Broadway shows … wouldn’t that be something?

What have you been doing during this pandemic besides preparing for this role?

I’ve been pretty busy juggling all of the elements of my life. As an actor I do quite a bit of voiceover/looping work, and I have been lucky to be able to do that from home. It’s been amazing to watch the technology there evolve from March to now, too!

I work on the digital team at Middle Collegiate Church, and we’ve been busy. I produced a program called Juneteenth Now: Get Us Free with lots of celebs like Jenifer Lewis, Bebe Winans, Nicole Ari Parker and Keith David, and my mentors Charles Randolph-Wright and Rev. Dr. Jacqui Lewis.

I’ve worked on an anti-racism workshop that had 3,500 attendees (Zoom!). I’m producing a podcast called Black Voices Past & Present with Bay Area actor Steven Anthony Jones, and I’m also continuing to lead workshops and events at colleges around the country virtually.

What do you think Tartuffe has to say about today’s society and politics?

Omigosh this play is so relevant. To me the play is evergreen — it will last forever. We see its relevance when our current president uses religion as a shield when he is truly not a person of faith, and we see its relevance when people cling to what they want to believe (Orgon and Mme. Pernell) instead of what is directly in front of them (a dangerous fake). May more people open their eyes by November 2020!

Tartuffe, presented by Molière in the Park and featuring Kaliswa Brewster, has been extended to Sunday, July 12. Audience members can check out the encore presentation on the company’s YouTube page.