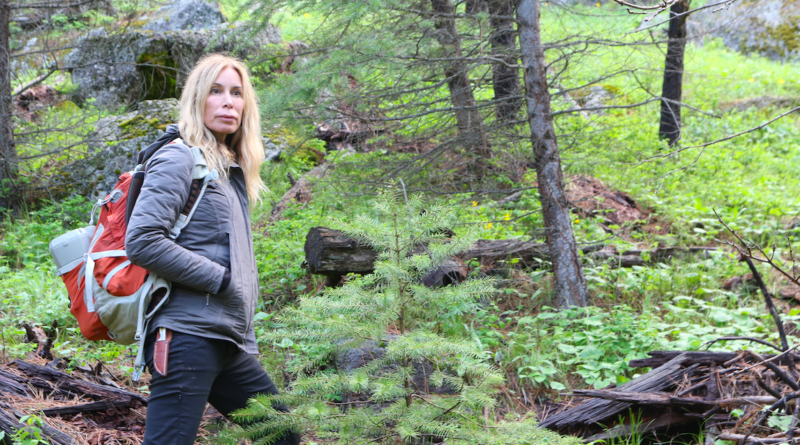 The Expedition Bigfoot team is back on Travel Channel for another set of episodes searching for the lost primate in the wilds of the United States. The group consists of Russell Acord, Ronny LeBlanc, Bryce Johnson and Dr. Mireya Mayor, and audiences can check out their adventures starting Sunday, Jan. 3 at 8 p.m. with a kickoff special. Then the second season officially begins at 9 p.m.

“We’ve got the new evidence special premiering right before we launch season two of the investigation,” Mayor said in a recent phone interview. “We go over the evidence that we collected last year and talk about the main pieces of information that we found and update fans on some of the analysis that took place during this time, so we bring them up to speed. This year we went to a 75,000-acre swath of Appalachian forest in southeast Kentucky where we were able to find — without giving away too much — some incredibly new evidence. I personally was able to film something that to this day is still blowing my mind. I think that there’s some unexpected twists that are really going to throw everyone for a loop. It’s an exciting season.”

Mayor is an accomplished primatologist who has traveled the world for research purposes and various TV projects. She was a Fulbright scholar and National Science Foundation fellow. Her bachelor’s degree comes from the University of Miami, and she earned a PhD from Stony Brook University. She is currently director of the Exploration and Science Communication Initiative at Florida International University.

Although she’s been around the world and back again, the terrain in Kentucky on the new season was extremely difficult to navigate, like nothing she’s ever experienced before.

“I can tell you that as a human species it is incredibly challenging, and that’s saying a lot because I spent the last 20 years trekking through the Amazon and rainforests in Madagascar and deep in the heart of the Congo,” she said. “And this was really grueling terrain, which for an animal that is potentially trying to remain hidden, is absolutely perfect, but what made it especially unique is that we did it during this global pandemic, which if you’ve been following the news you know that animals all over the world were behaving very strangely. Very rare and elusive animals were coming out of hiding. They were showing up in places that they had never been seen before, even in major cities, coupled with the fact that where we start off in Kentucky was an old abandoned mining area where animals had been driven out. And now nature has reclaimed itself where you’ve got bears that are back in the area, deer that are back in the area. All of this wildlife is just thriving there, and the environment is thriving there. It just presented the perfect opportunity to do the search there.”

On the team, it’s clear that Mayor represents the sciences, meaning she needs evidence and appreciates that not everything points to the existence of Bigfoot. As she likes to say, she’s an open-minded skeptic.

The primatologist counts herself as detail-oriented, and during the filming she recognized that her partners would jump to conclusions quicker than she would. Rather than instantly believing Bigfoot was in the vicinity, she would consider the many other options in nature.

“Unless I see something that tells me it was definitely a Bigfoot, I am going to have to first rule out everything else that could have possibly done it,” she said. “It’s definitely a very challenging territory, but my objective and my job as a scientist is to keep feet firmly planted on the ground and truly take a scientific approach to the research.”

That said, Mayor is happy to report that the “evidence” this time around is in the “mind-blown” category. She wouldn’t divulge too many details, and a few items are still under analysis, but she did allow this: “I can tell you that it really changed me as a person and has made me even more committed to the search. … I am not a gambler, but what I will say is that if you asked me is it possible, then the answer is absolutely it is possible.”