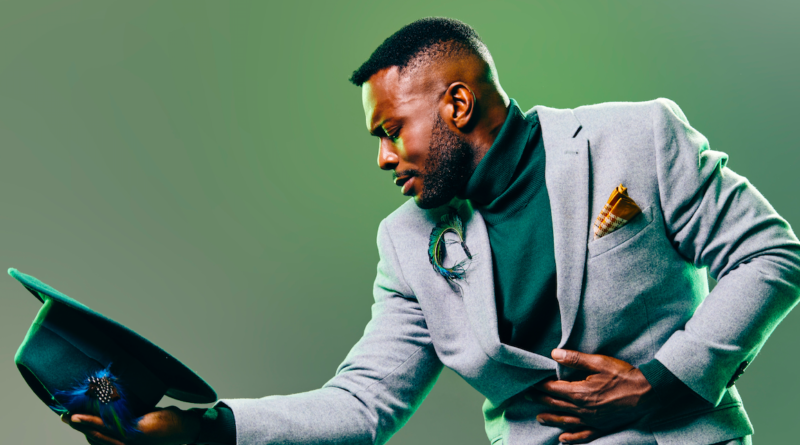 Although J. Breckenridge’s new album is titled Monotony, that sense of repetitive boredom will likely be far from listeners’ minds. The talented singer, who has found success on Broadway and in TV, has been gradually releasing songs off the new recording. His latest single is entitled “Y.O.U.” — following on the heels of his debut single, “Come to Me,” which was released in February.

Audiences in New York City likely know Breckenridge’s theater work (he acts under the name Josh Breckenridge). He was actually performing in Come From Away when the COVID-19 pandemic shut down the theater scene. Other credits include The Ritz, The Scottsboro Boys and Tales of the City — this last one was a San Francisco musical with a score co-written by Jake Shears of the Scissor Sisters. For other audience members, perhaps they have seen the actor-musician on TV in The Blacklist, Blue Bloods or FBI.

Recently Breckenridge exchanged emails with Hollywood Soapbox about his forthcoming album, which is expected to be released this summer. On the recording, he is joined by Brian Griffin on drums and percussion, Carl Carter on bass and David Paarlberg on keyboards. Questions and answers have been slightly edited for style.

What can fans expect off your upcoming album Monotony?

Folks can expect a definite vibe! Monotony is a healthy mix of pop/soul storytelling with some jazz/funk jams and electronica feels. I wanted listeners to lay back and take a ride through the colors of isolation. You’re gonna wanna bop your head, tap [your] feet, feel the feels, slide to the left and melt to the mood. It’s a rona rollercoaster of hues we’ve all fallen victim to in this insane pandemic pause.

What do you love most about the single “Y.O.U.”?

The boldness. ‘Y.O.U.’ is a wake-up call! No excuses. No hiding behind finger pointing. The simple self-examination that it suggests is golden. I love its encouraging call to action, a conversation I had with myself through song. It’s a soothing self-love anthem that I hope motivates fans to make big moves!

Do you feel like your childhood and upbringing in Southern California influenced your new songs?

Ha! Yep. In ‘Come to Me,’ as the record plays you can hear the palms sway. You can feel the rush of waves in ‘Home Is Where The Art Is,’ and lazy sunshine soaks up ‘That’s the Beauty.’ All in all, I think my album lives in a balanced state of the pop feels of my childhood and the old school influence of my parents.

How have you put this record together during a pandemic? Were there some unique challenges?

Well, this pandemic forced me to finally pay up and build that at-home studio of my dreams! My trusty ukulele and I laid the groundwork, but my California studio set up in my folks’ RV is where the J. Breckenridge magic brewed. I was also lucky and blessed to have some TV opportunities on a couple shows back in NYC last fall, bringing me back to the East Coast. I was then able to record the rest of the album on site at Hobo Sound in Weehawken, New Jersey, alongside my brilliant and prolific producer James Frazee.

When did you first fall in love with music?

It’s hard to say. I’m sure I was dancing in the womb thanks to my mama, but I’m gonna have to say early Whitney and Mariah had me sold!

Once the pandemic ends, what do you hope to accomplish artistically?

Well, my hope is that the loyal fans (and maybe some new ones?) will make Monotony their soundtrack for a spell. If there’s a demand I’ll probably work on another record. There’s definitely a desire. I’m at my most fulfilled when I’m writing, creating … doing! I’m such a type A ‘get it done’ guy that I’m sure I’ll won’t sit still. My perfect world would be where I’m able to continue my quest and growth as an actor/singer/dancer with time to turn out tunes people love. I might even check off that long held hope of dabbling in interior design! At the top of the pandemic I told myself it’s either that or the music. I’m happy with the road I chose, but hungry for more, always.

J. Breckenridge’s new album is called Monotony, which is set to be released this summer. Click here for more information.

One thought on “INTERVIEW: J. Breckenridge is ready for ‘Y.O.U.’”